OVER 50 YEARS OF EXPERIENCE 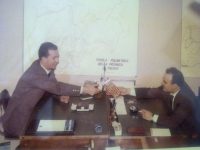 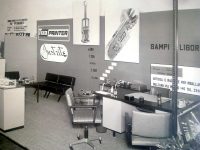 BEL was established in 1964 by the partners Evan Bampi and Bruno Libori, when they decided to invest their business experience in the distribution sector, to supply products and equipment for packaging, product marketing and labelling.

During the 70s and 80s the self-adhesive production division underwent a very rapid development and became the core business for the company.

The first premises in Via Milano were no longer adequate to sustain the company’s expansion, and furthermore they were situated in an area that had been developed residentially.

In 1989 a new factory of 2500 square meters indoors was built in Via Kravogl in the industrial area of South Bolzano.

The second generation joined the company between the end of the 80s and the early 90s: Mauro Bampi, Nicoletta and Michele Libori.

BEL changed its IT system in 1999 and chose the SAP system, which was implemented on 1st January 2000 after a just six months long introduction and instruction project.

The continuous expansion and needs for new production and logistics spaces was no longer satisfied, so the company decided to build new premises of around 10,000 square meters indoors.
In 2005 BEL moved to its current site in Via Zuegg, a few hundred meters from the previous one.

Pursuing a policy of environmental protection, a photovoltaic plant of 90 kWp was installed on the green roof in 2011.

Over the years, BEL became synonymous with flexible, high quality labels, winning the trust of major national and international companies who are still loyal customers even today.

We love a new challenge!